Bob started to work at a new company. Soon he realized his new job would have a lot to do with a very old and complex legacy system. It was an anemic code without tests. There was neither any documentation. No explanations about underlying workflows which should represent the decisions made to solve business requirements which someday were asked by some stakeholder, then added to the backlog, implemented and delivered. However, that stakeholder wasn’t in the company anymore as well as the first developers.

Almost every task would be to solve a bug. Some of them were created a long time ago and others were introduced recently by a new fix. Trying to investigate the code history to figure out the reason of some changes and how they could be related with other parts of the code wasn’t even helpful because the commits weren’t well-organized and had poor messages…

For changing a small behavior he had to spend hours debugging and trying to understand what was written there. After a whole day of work, the result sometimes was changing or adding ~10 lines. Most of the new code was one more if statement deciding to update some value because it was wrong somehow causing a bug… the classes didn’t validate themselves… there were getters and setters everywhere…

He was experiencing bad code… 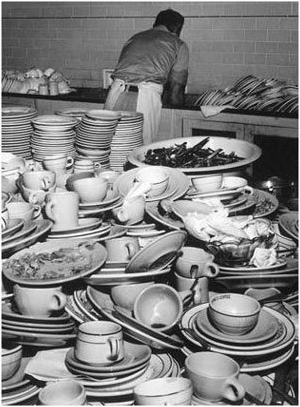 Why does it happen so commonly?

Let’s start clarifying something: please, don’t get me wrong! I don’t want to say simply the code is a $#@& and to blame developers or companies, because it won’t lead us to anything. That is true, we do have a lot of unprofessional developers, but just blaming isn’t the point and we have to consider a broader scenario to get deeper.

So, why does it happen? Why are we always wading?

There are many factors that contribute to it. Let’s picture a company growing, hiring more employees to grow faster, new developers come in, old developers leave, the dynamic business changes the requirements quite constantly, the communication between IT and business has gaps, developers are so focused to achieve the sprint commitment, the rush is always putting pressure on everyone working on the project, no one cares to learn about the user-product relationship, no one cares to write tests, developers cannot design as it seems not to deliver short term value, TDD is philosophical, the company doesn’t invest time to train its teams, the most valuable practice is what solves the today’s problem, hero culture rises, we always need more logs to try to realise what is going on, we need to lead the market…

I could summarize it as the result of rush and no study.

Given that scenario, the output bad code is at least comprehensive. Our world isn’t a nice place sometimes and we have to deal with this reality.

What is the point then?

I haven’t brought you here to give an easy-solution-answer, because it simply doesn’t exist.

My goal with this post is to reply the person who has that canned answer when developers complain about bad code: Look… the system works and makes money for the company. That is what matters and the developers are paid to maintain it.

Okay… I see the point and I agree with “the most valuable thing is a running software”. It sounds like magic and can comfort us, developers. However, we still have a big problem there.

Is it really a running software valuable?

A company which highly depends on technology to be running and wants to be innovative will never achieve its goals when software turns into a maintenance issue instead of pushing up the business. Coming back to Bob’s situation, it’s almost impossible to add or change behaviors of the application. How would be possible to deliver a new feature which would change the business workflow without breaking anything else? The risk is too high, the unknown side effects could be catastrophic and, in this way, the company is trying to survive instead of being innovative… it’s now just brute force… the competition is out there rising up.

For me, it’s hard to see the value being generated given this scenario.

Bad code can break established companies and make startups die early… it isn’t because developers aren’t the front line that we can’t be the fault reason.

Clean code, aka having care for code, aka testing first, is the way to achieve a software the business can truly grow with. Let’s study, let’s improve our craft, let’s learn how to manage the rush!

Have you ever asked yourself what your manager expects from you? Would you guess short time result or long time result?

I know, I know… the perfection isn’t reachable… sometimes we do have to work on urgent issues. Nevertheless, my point is we shouldn’t conform ourselves to the bad code just going along with it…

What does my experience say?

I do have a real case where we’ve spent more time in the beginning to achieve well parity dev-prod environments, completely isolated database for each running instance of the project, end-to-end tests for the whole application, feature and unit tests for each codebase, automated deployment, hexagonal architecture… well… a lot of themes which are unreachable and philosophical for many out there… just bullshit for them… 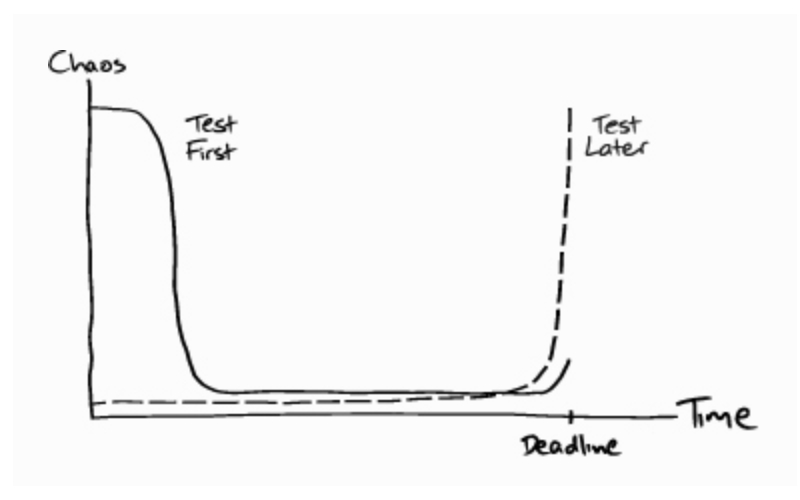 It wasn’t easy… it was challenging. However, the result of our work turned into a product with almost zero bug rate. When a new bug is discovered, a new test scenario is written. Deployments are fast, safe and can be executed anytime. New features are easy to add and the old ones easy to change… that are the TDD benefits… that is an agile team!

We should fight against bad code and always do our best. There is only one error: not to try…

Here are some references: